A return to blogging, perhaps. Oh and a bunch of models.

I've been somewhat lazy in keeping up this blog recently, mostly because I've been so busy with real life stuff that I just haven't had the motivation! That said, I have been painting and gaming when I've had the opportunity, and it's possible that you've already seen some of the pics I'm about to share. I'll also give you a little backstory to what I'm working on and why.

First up are my C34 Elementals that I'm working my way through. I'm actually rather enjoying painting these up now. They've got a lot of character and you don't see many of their like these days. While they aren't exactly super rare, I'm certainly glad I've got the full set in my collection. The two most recent additions are Fire and Death: 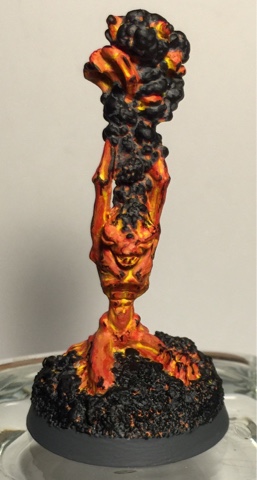 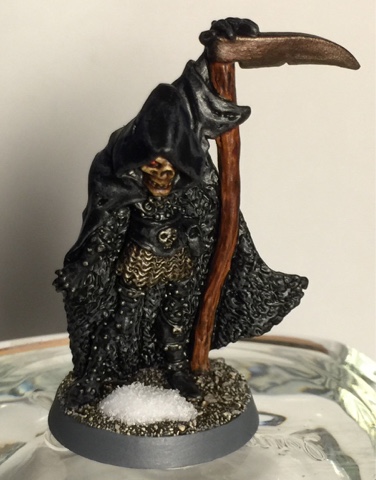 Really had a blast painting these two, Fire in particular. Death will also be serving as the Lich Lord in future games of Frostgrave.

I've also been playing through a Frostgrave campaign with my good buddy Alex. We've just finished the rulebook scenarios, including an incredibly bloody finale that resulted in death and maiming on both sides! About half way through the campaign, my wizard and captain both died, pretty much the worst thing that could have happened! Nevertheless, we persevered and wrote it into the story (my wizard was betrayed by his apprentice, and the captain obviously knew too much...). With that in mind, I decided to paint up a new wizard model, to represent the newly promoted apprentice in his new role. As a result, Scabrous Vile and his new apprentice Drear were born: 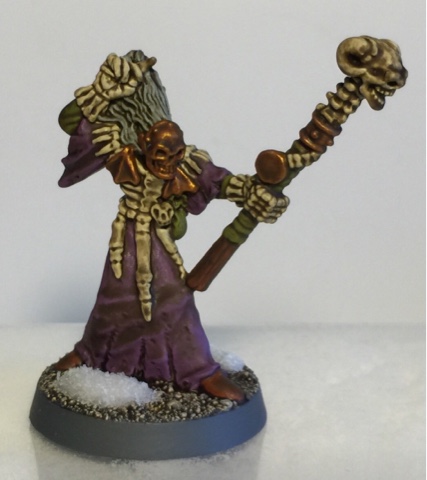 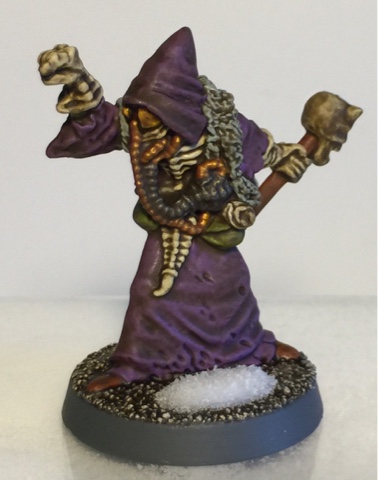 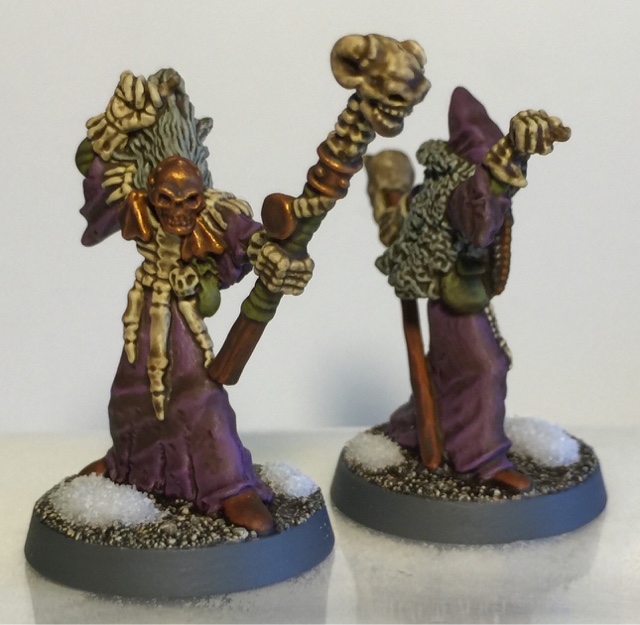 I also painted up a few more henchmen to go treasure seeking with them. Firstly, a crow master (and crow), made from a heavily chopped up marauder thug. The crow is and unmodified model from the Nurgle Lord on steed: 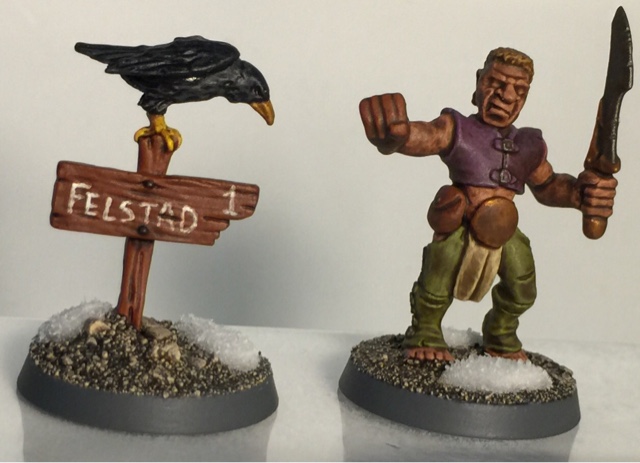 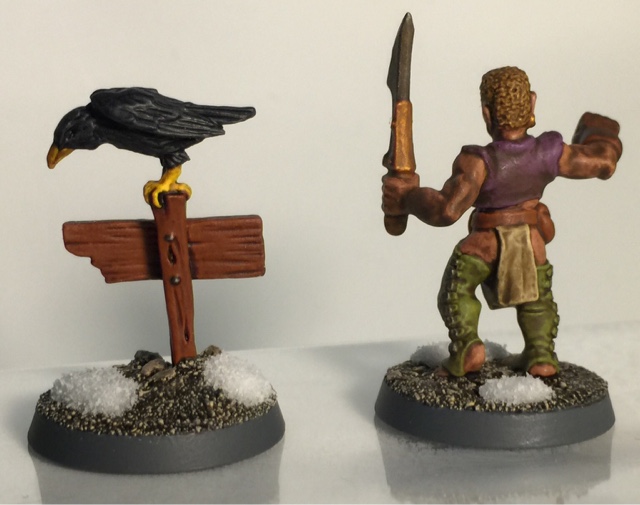 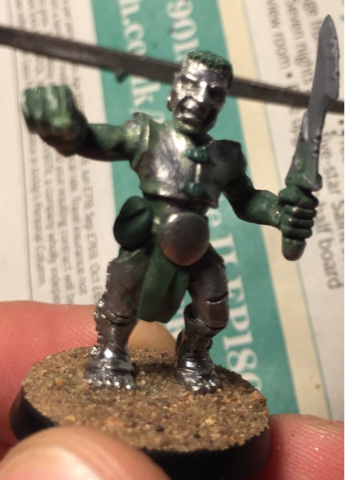 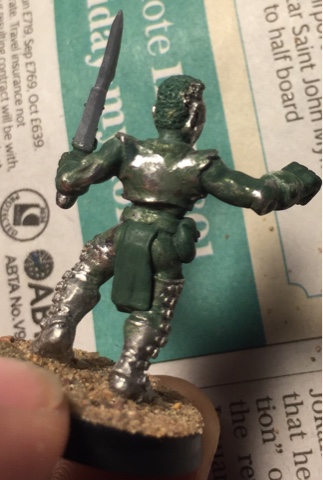 I also painted up another red haired archer, also based on a marauder thug (with some minor conversion work): 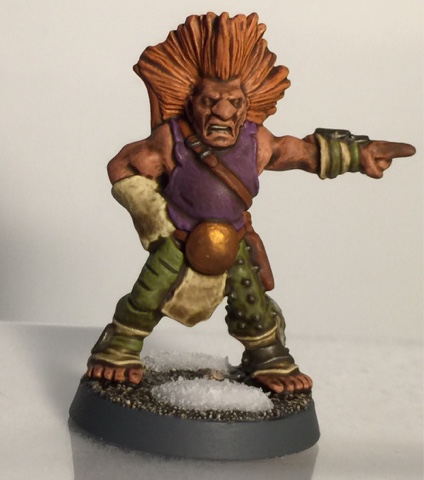 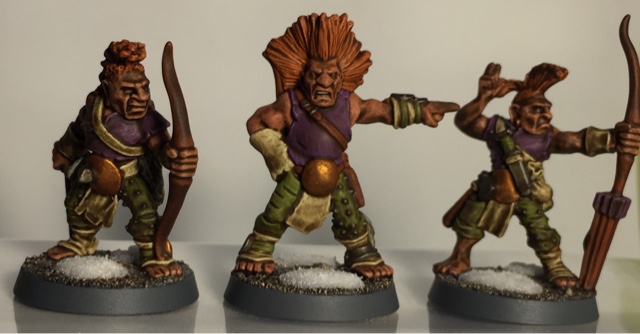 I think that brings us fully up to date for now, just in time for me to head off to BOYL tomorrow! I suspect Alex and I will be getting a few games of Frostgrave in while we're there, in between gawping at other people's gorgeous renditions of models from the golden age of gaming.