Greetings all,
Just a quickie from me today, partly because I don't have much to show. I'm still working away on my Chaos Renegades/Pact team, and I've very nearly completed Phase One. In this case, I've just finished off some cool little markers for the team:

They're made from old school chaos familiars. I kept the integral bases visible and painted them gold, to make them look like heathen idols. Handily, this also ticks off a few more familiars from my "paint all the familiars" project. Unfortunately, I've had a minor issue with the varnish on these guys, but I'm hoping I can fix it.
Because I always give everything two coats of matt varnish if it's for gameplay, the metal ended up very dull on these, and I wanted them to shine a bit. So I brushed on a little Citadel Ardcoat gloss varnish. Unfortunately, this is still slightly tacky several days later. I'm gonna hit them with a light coat of matt and then brush over some Vallejo gloss, to see if that solves the problem...
On an entirely different note: I'm currently taking part in a sort of Inq28/Frostgrave/RPG mash up, organised by my good mate Alex from Lead Balloony, and taking place on the world of Spero Secundus. One of the most important plot points is a mysterious alien key, so one of the other players, our mutual friend Mark from Heresy Of Us, 3D printed one for all the players as a cool surprise! I went to town on mine with rust effects just to see what I could achieve, and I'm rather pleased with how it turned out: 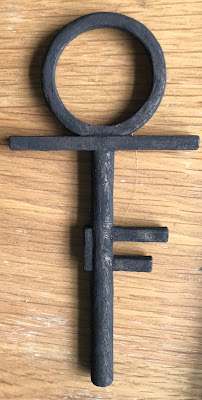 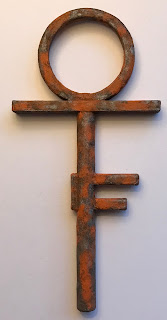 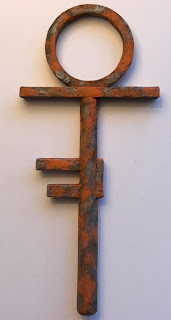 I skinned the whole thing in green stuff and sanded it down, then just practised my heavy rust effects. Came out pretty well I think. I can't go without mentioning the excellent blog of our other player and friend, Steve over at Jedicorn.
Till next time!
Posted by Ross at 02:52 2 comments:

Pact to the Future: Big Guys and Renegades

Greetings all,
It's been a little while again, I know, but I'm sure you're all used to that by now. In the fairly limited hobby time I have these days I've still been working away at my Chaos Renegades (Pact) Blood Bowl team. I fairly sensibly decided to get the boring human renegades out of the way first, so I've been able to work on the more interesting players that make up the team.
One of the key selling points for the Chaos Renegades team is the ability to have up to three (different) Big Guys. Unfortunately they're unskilled and unreliable, and fuck everything up all the time, but when they do actually do as they're told, it's great. Plus this is another excuse to use a bunch of cool models from 2nd edition Blood Bowl.
First up is the Minotaur, Beefcake the Mighty: 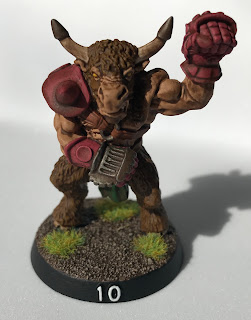 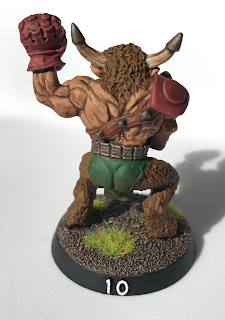 This is one of those weird Bob Olley sculpts I think, where you cant tell what anything is until you paint it, and then it looks cool.
Next up is the Ogre, Blöthar the Berserker (who btw is tiny compared to the modern Ogre!): 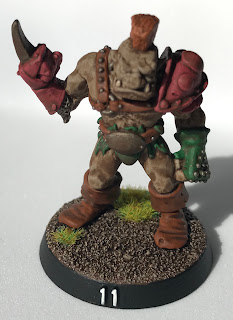 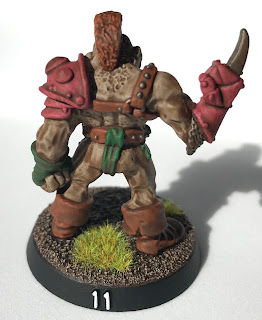 Last of the Big Guys is the Troll, Balsac the Jaws of Death. He's another wobbly Bob Olley sculpt that made no sense until it was finished, and then looked really cool: 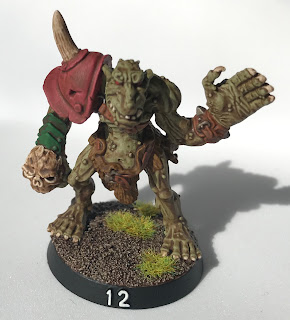 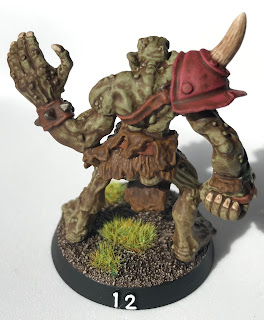 With the big lads done, I moved on to the other flavour of the team, the Renegades.
First up, the Dark Elf (and my only hope of scoring a touchdown), Sexecutioner: 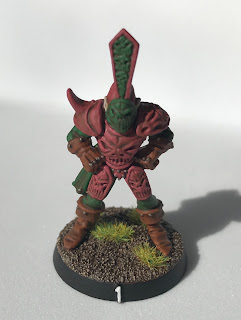 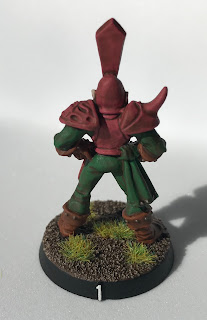 The last of this bunch is the Goblin, Scroda Moon: 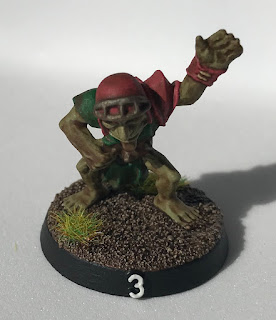 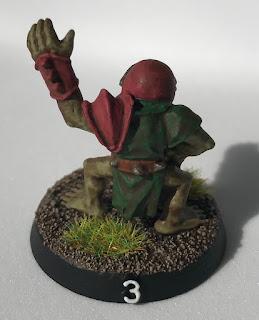 And here's the team so far: 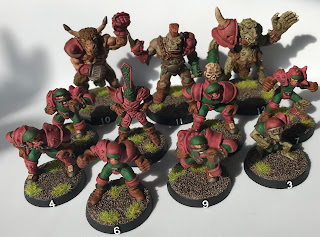 On the whole I'm pleased with how they came out, and it's nice to be making some progress, albeit pretty slow. Progress is progress though, and I've been putting off starting this lot for ages now.
Till next time!
Posted by Ross at 02:52 No comments: