It's taken me a while to get into gear in terms of blogging this year, and I'm definitely still in something of a slump hobby-wise. Despite that, I'm trying to push on and motivate myself to get stuff painted, play with it, and write a bit about it.

With that in mind, I thought I should probably do a now long overdue post about a very special Christmas present that I received from my good buddy Alex (from Lead Balloony). He's been working on a secret project recently, and sharpening his sculpting skills. This worked out well for me, as over Christmas he gifted me with a wonderful scratch built Spoilpox Scrivener (a type of Herald of Nurgle). This was more than I could ever have hoped for, especially given that it was his first entirely scratch built miniature. Some pre-painting pics stolen straight from Alex's blog (go there too!): 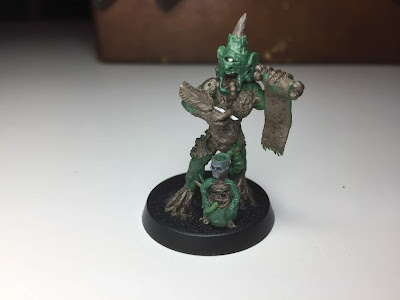 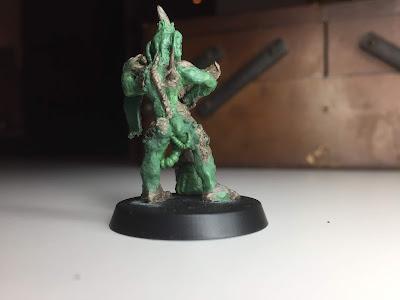 Needless to say, this lad jumped right to the top of the painting queue immediately. I went for a pretty simple scheme, partly to tie him in with all my other Nurgle troops, and partly because I was so scared of messing it up! 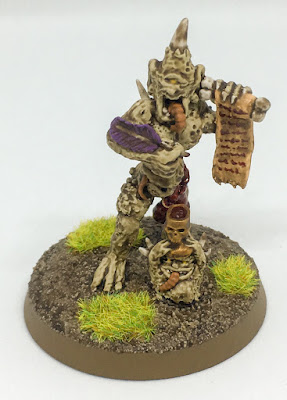 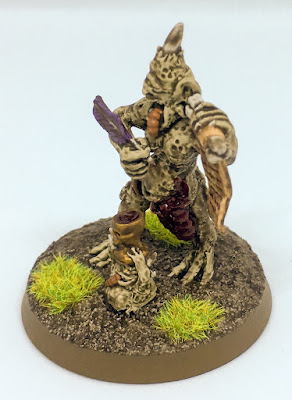 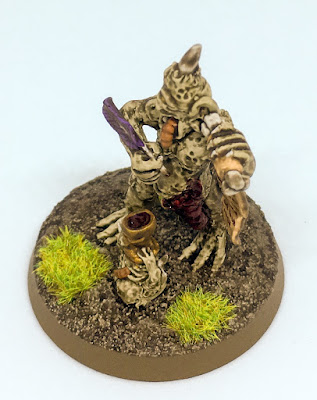 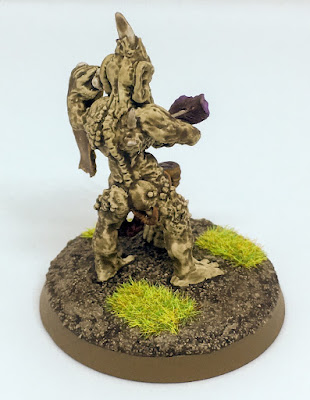 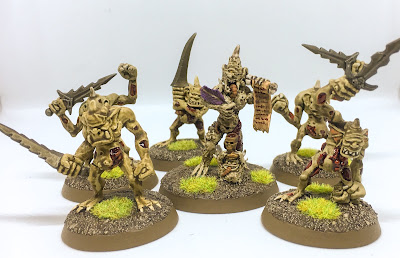 Alex has done a great job of tying him in with his Realm of Chaos mates, whilst also making him imposing enough to stand out. As you can imagine, I was over the moon!

That's it from me. In my efforts to drag my way out of my slump, I've signed up to a (fairly) local Blood Bowl league. Hopefully this will give me a bit of motivation to play and paint a few figs. I've also based all my remaining Familiars, so I can do a bit of work on them now and then. Should be a nice low-pressure project. Finally, Alex has managed to convince me to do a slow grow AoS skirmish campaign with him, in which we each take a force we're unfamiliar with and build it up over the year. It's very low pressure too, so that suits me fine. He's chosen Sylvaneth for me, and I picked Daughters of Khaine for him. Both very cool, and very different, so we'll see where that takes us.