I had intended to post this aaaages ago, but real life has a habit of getting in the way, and that's just what happened!

About a month ago, my good buddy Alex (go to his blog, do it now!) and I had a little RT skirmish. We pitched his salvage crew against my beastmen, and let battle commence. We went with a simple premise: Alex's lads were attempting to retrieve some technical data from a panel in the centre of the board, while my beastmen were attempting to prevent them doing so by sabotaging the panel. Sounds straightforward enough. However, to make things a little more interesting, the panel was in the middle of an inhabited area, populated with civilians that would get in the way of the action. Oh yeh and there was a certain clockwork guardian protecting the panel: the fabled Tick-Tock man!

Since its been so long, I can't really remember the details of the battle... So I'm afraid you'll have to make do with as many pictures as I can muster...

Hope you enjoyed it fellas! I suppose you could call it a victory for the beastie boys, but it came at quite the cost...

We captured it for Chaos: Even more Chaos Cultists

This will be a short post, as I have a long overdue write up of a Rogue Trader battle I had with my good buddy Alex last week.

Just a couple pics of some more cultists I finished off: 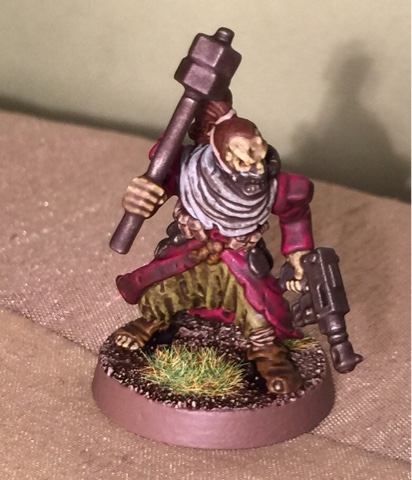 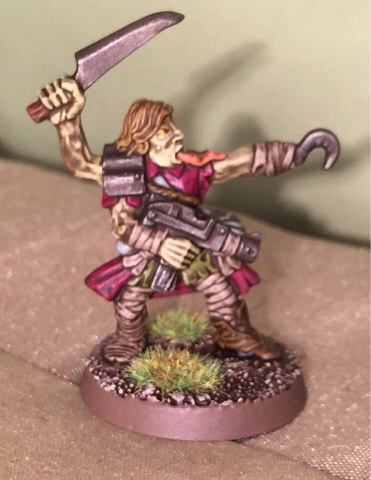 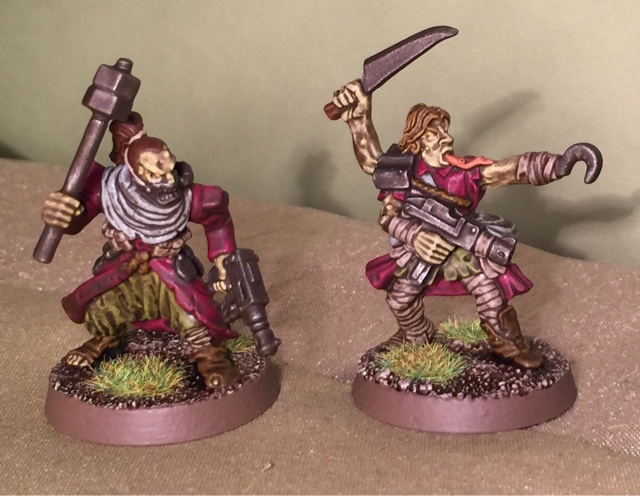 We captured it for Chaos: More Chaos Cultists

Just completed my second batch of cultists for The Brotherhood of Forlorn Hope. I'm using a quite eclectic mix of models for this bunch, and these guys are probably my favourites so far: two confrontation scavvies and a slightly converted scummer from Necromunda. 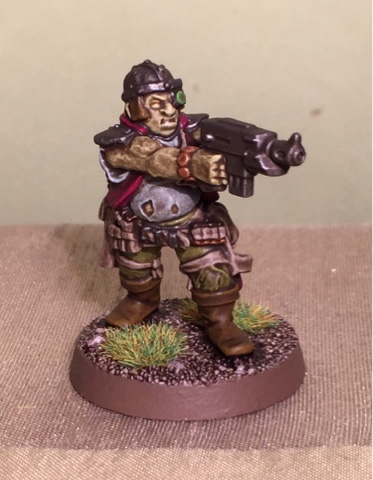 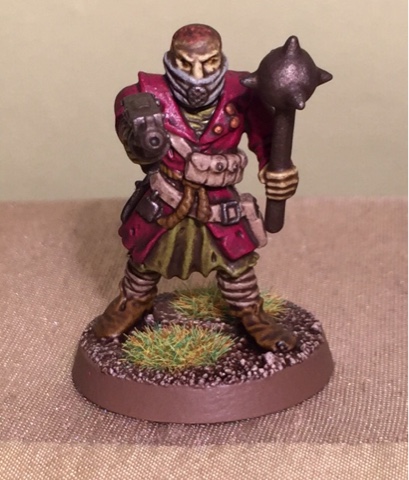 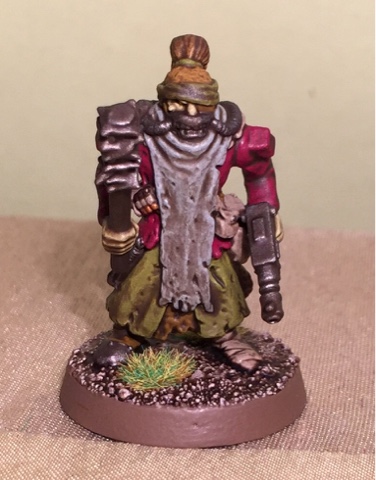 I painted them in the same scheme as the others, just varying it slightly to keep things interesting. Got three more of these guys to do, including a champion. They're taking forever to do, but I'm pretty pleased with them!