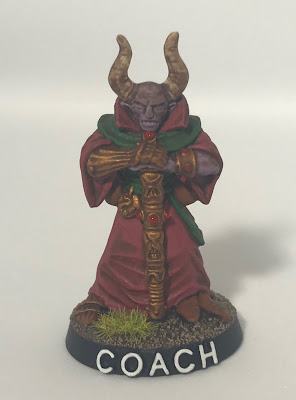 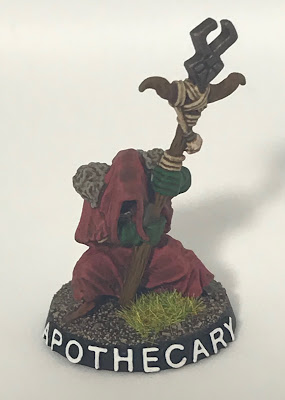 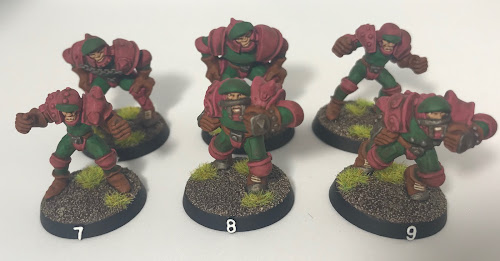 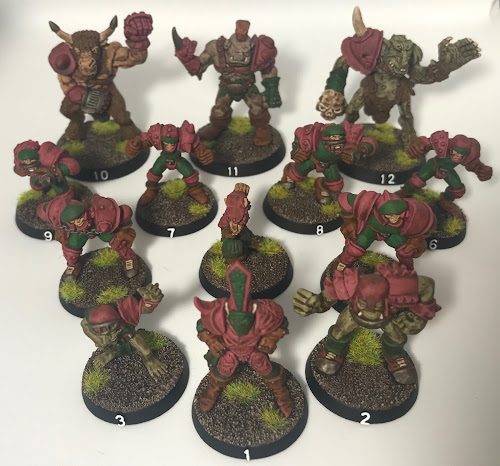 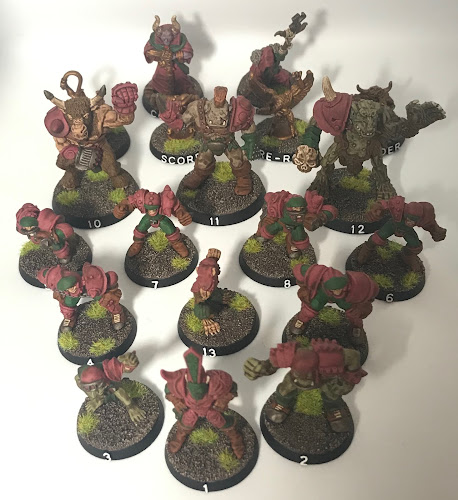 I'm delighted to have these guys finished (not that they'll be seeing the table for a while, seeing as the world has ended and all that). I'm thinking of taking a little hobby break soon, but nothing too major. Just a couple weeks or so to come back feeling refreshed and revitalised, rather than seeing all this as a job that needs doing. I've got a few bits here and there that I want to finish off first though, so I wont be going anywhere just yet.
Anyway, in the meantime let me know what you think!
Posted by Ross at 01:43 4 comments:

Pact to the Future: the last of the Renegades

Greetings all.
Another quick post from me, as per usual. I've managed to spend some of my limited hobby time finishing off the last of the Renegades for my team. With these guys done, I now have a full squad of "normal" players. I still need to finish off the coaching staff, and then move on to phase two (mutants and star players), but I'm getting there!
First up, Jizmak Da Gusha, the Orc Renegade: 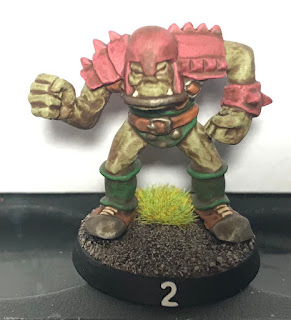 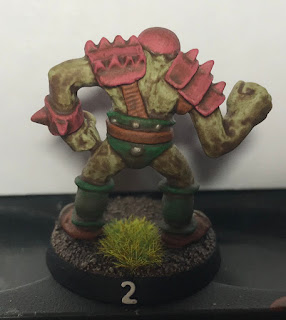 And my Skaven Renegade, Oderus Urungus. 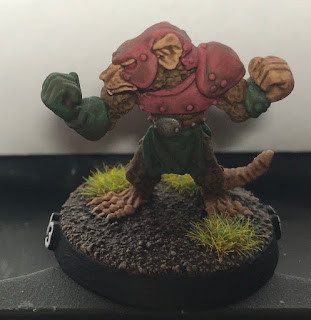 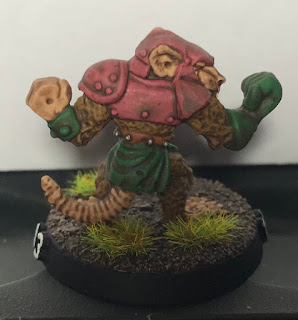 Once I'm done with the coaching staff, I'll get some decent pics of the whole team together too.
Feels good to have these guys done, as it means I now have a second fully painted Blood Bowl team to play with. Till next time!
Posted by Ross at 06:11 7 comments: