We captured it for Chaos... a long overdue update

Bit of an unexpected update this time. Many moons ago (like seven years or so) I painted up some of the very cool, and not very readily available Chaos Cultists from 2nd Edition 40k, sculpted by Paul Muller. I've got a fair few of these guys, but tbh I wish I had even more because they're some of my favourite models of all time.

I had originally planned for these guys to be part of a Khorne Daemonkin army, but given that I don't really play 40k any more, and Daemonkin dont actually exist any more, they sort of sat unloved for a long time. My first batch were painted up in Khorne colours (i.e. red!) and were mostly unconverted, but these guys were chopped up loads. I decided to paint these up in Undivided colours, given that they weren't planned for inclusion in any particular army or project, and will just turn up as and when I need some deluded mooks (probably in Stargrave more than anything). I also added in an old Redemptionist flamer to give them a bit of firepower, and it fits the aesthetic nicely. 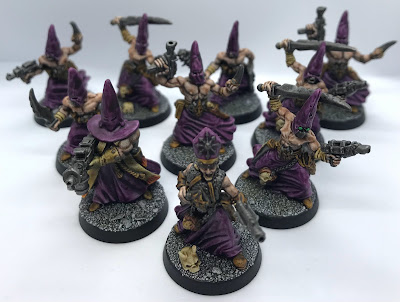 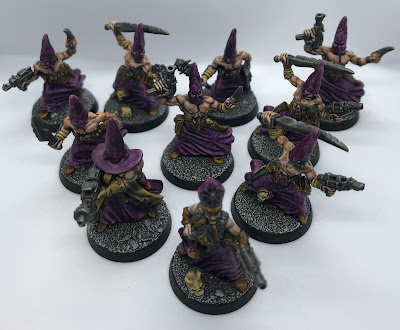 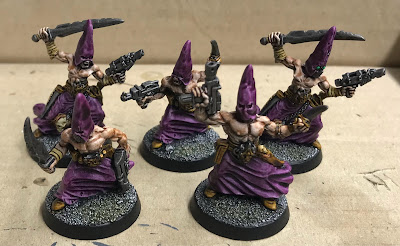 I also updated the basing on my older Khorne cultists to bring them in line with my current minis a bit more (with a sneak peek of some other bits in the background):