As I enjoyed painting up my Mordheim warband so much, I decided to add something special to the merry band: the mighty Plague Cart! This is also from the Circus of Corruption range from Old School Miniatures and is a massive lump of resin. Took a bit of scrubbing and cleaning (and even then I had to go back and clean a few bits even after I'd started painting...) but was well worth it in the end. 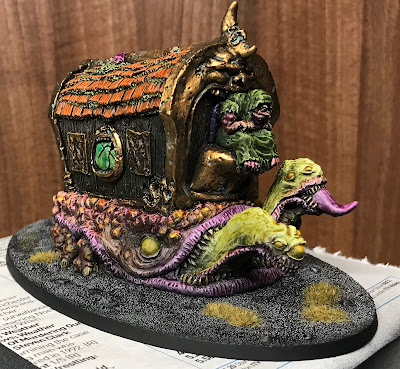 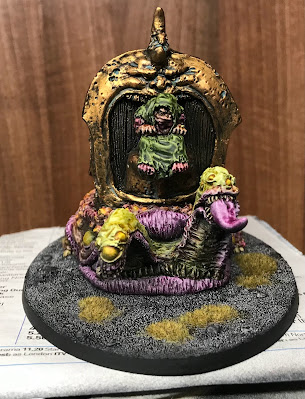 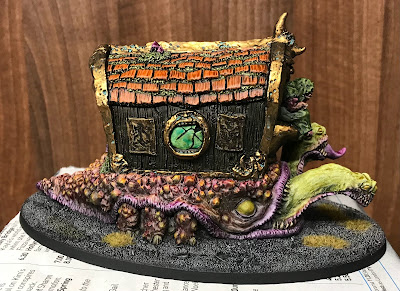 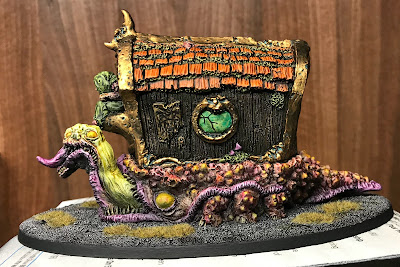 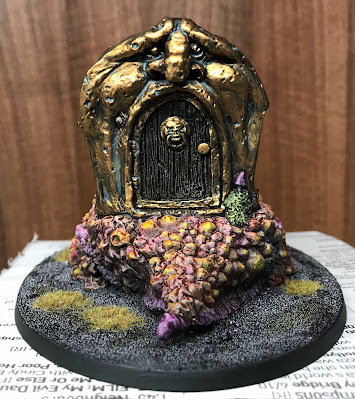 Realm of Warcry: Krule and the gang

After having so much fun building and painting my champion, I added a couple mates for him to boss around: 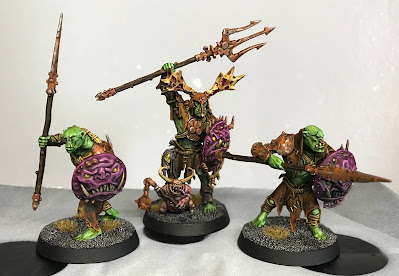 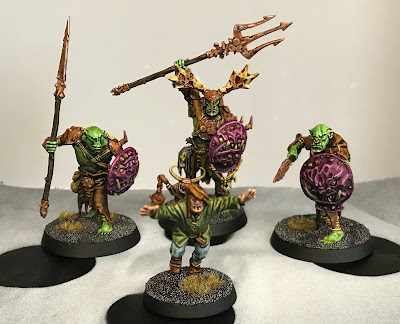 We also played a cheeky game via zoom the other day, a sort of trial of champions. Great fun too, with lots of twists and turns. We rolled up some additional followers (including more bloody dwarfs for me...) so I'll be adding them to the merry little band shortly.

Realm of Warcry: Part One

A somewhat odd post from me today... if any of you follow my good buddy Alex's blog Leadballoony you might have seen his efforts in building a Realm of Chaos/Warcry mashup warband. Essentially rolling up a champion and followers in the hallowed tomes of the Lost and the Damned and Slaves to Darkness, and then translating this to modern minis and rules.

A few weeks ago I suggested to my fellow geeks that we should at some point do a "Tale of Four Gamers" style slow grow project. Everyone immediately jumped on it as a good idea, and Alex suggested that we hop on his Realm of Warcry bandwagon and build warbands on a monthly basis, with the occasional game in between. Given that this is obviously a brilliant idea, that is exactly what we did!

We got together on Zoom to roll up our initial warbands, and either by fate or personal choice we all ended up with Nurgle as our patron. My champion and initial clutch of followers are as below:

Bit of a mixed bag I think you'll agree! We've allowed ourselves a bit of artistic licence with this whole project, given that the end goal is a bit of fun and creativity, so we'll be rerolling anything that is too silly, and there's a certain amount of interpretation allowed as to what the choices actually refer to (for example, my Cold One may end up being a slightly different beast, but keeping the general theme).
The catch is that all of these minis will be from the "modern" GW range, to save us the headache of hunting down old lead. With that in mind, I present my champion, Slumpsha Swampstrider: 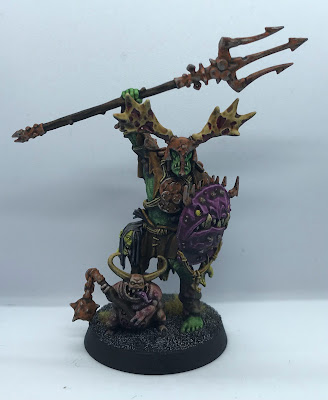 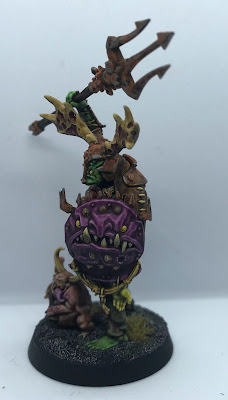 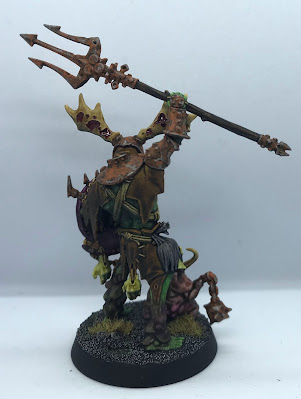 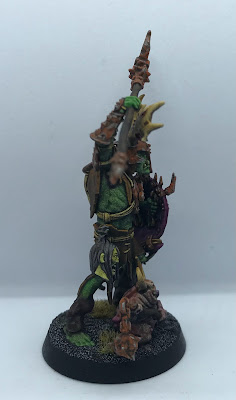 He's built from the incredible new Kruleboyz kit, with a few Nurgly additions and a bit of green stuff to give him those lanky legs. Very pleased with how he came out and I can't wait to see how he performs in his quest for glory.