Another fairly short post from me today, but you should be used to those by now. I do have a decent amount of stuff to show off mind you.

I was getting a bit burnt out with painting (and hobby in general), so I decided to paint my way through the terrain from the Necromunda Underhive boxed set. The idea was that it would be fairly straightforward and low stress, and I would be able to practice a few new techniques. Turns out I was exactly right. I didn't blast through it as quickly as I'd hoped, but I was only working on it as and when I had the motivation, so not too bad. Most of it is more or less the same colour (that colour being "rusty"), but that was kind of the point.

The last thing to finish up were these cool reversible loot crates: 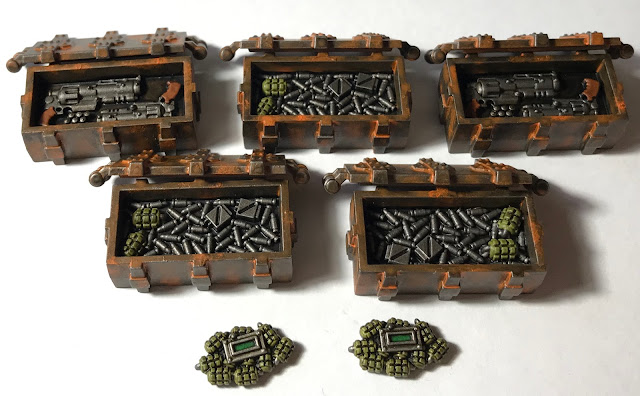 With those done, it means I have the complete set finished: 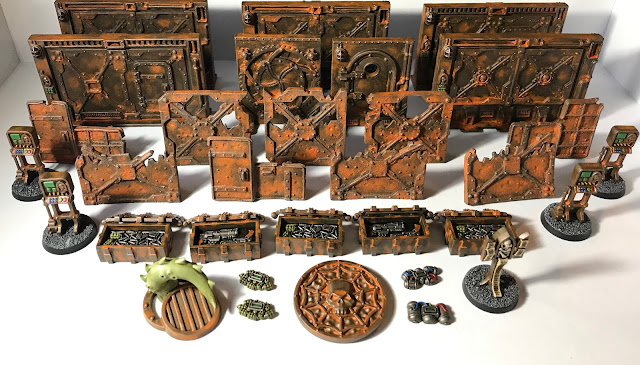 On the whole I'm pleased with how it all turned out, and I learnt a few things along the way as well. I'm taking a short break from the hobby at the moment, although new 40k and new Blood Bowl are starting to get me all fired up again, so I'm sure I'll be back to it before long.

Just showing you a little something that I'm off and on working on at the moment, and that's a 2nd edition Skaven team (the cool Jes Goodwin versions). No paint on these guys yet I'm afraid, but they're all assembled with a few little conversions. I'm possibly going to hold off doing any more BB stuff until I know more about how the new edition changes things. I like what I've seen of it so far, so I'm cautiously optimistic...

Anyway, some cool models from the past: 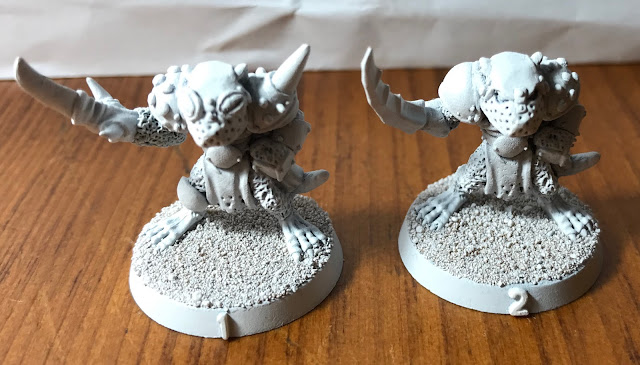 Mutant versions of the Blitzers.

I probably won't bother getting any paint on these guys until the new version of BB, but I've already seen the Skaven roster and it's pretty much the same. Might want another Thrower, but that's it.

Apart from these guys, I've also been slowly getting through the rest of the Necromunda starter box: 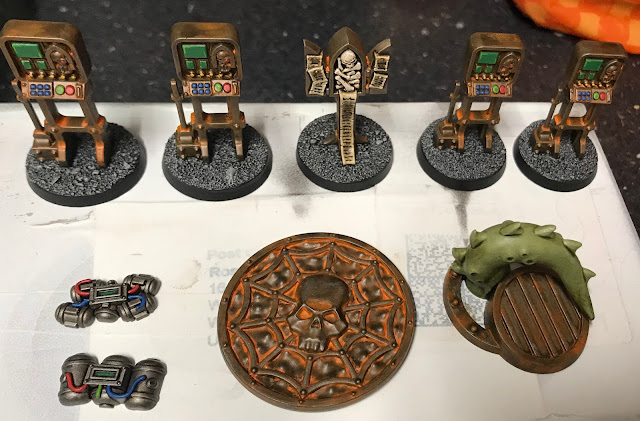 I went with my now standard rust effect. I toned it down slightly on the terminals, just to make it look like they were actually still functional! Just a few crates and a couple more grenade piles, and then I'm done with all the scenery and bits.