Contrast experiments, and a big update

Been a while hasn't it? I've been back and forth on the blogging thing, but I'm gonna stick with it. At some point I need to refresh the blog a bit, probably change the name, and kind of refocus it on what I'm up to these days (which is all sorts of things actually). It's been a while since I've painted Chaos Daemons, Classic or otherwise, although I do still have plenty in my to do pile. I'll have a think on it and change things up a little, because I'm not sure I want to let the blog lapse entirely. It's a nice little diary of what I've been up to over the years, although it doesn't get a lot of traffic these days.

In any case, I might not have been blogging, but I actually have been painting a fair bit! This is due in no small part to the fact that I've finally caved to peer pressure and picked up some Contrast paints. Turns out they're awesome, and have completely revitalised my painting enthusiasm. There's definitely something to be said for just sitting down and smashing out some minis quickly. I tend to feel that painting is a bit of a slog, so this was a new experience for me.

Anyway, check out what I've got finished recently, mostly thanks to Contrast: 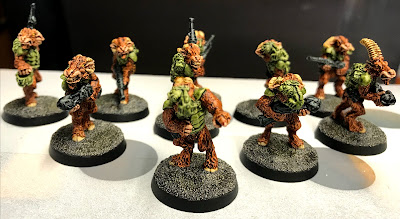 Saturated Rat, my new (old) Skaven Blood Bowl team. This is actually less than half the team mind you. I've managed to finish all the linerats, three journeymen, and some custom markers. I still need to do all the positionals, coaching staff, a few mutants, and a couple Star Players. Glad to be underway though.

Even more Renegade human linemen for my Chaos Renegades team 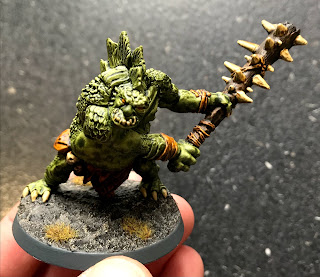 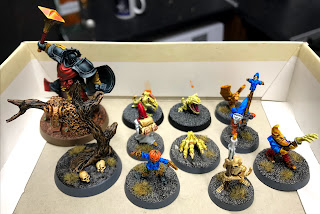 Familiars and bits, including my buddy Alex's Golden Fleece that he sculpted and had cast!

More Familiars. I've actually painted the entire range now so I'll get a group photo at some point 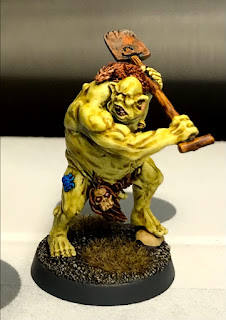 Not bad at all. It's about 10 times my usual output, so I'm well pleased. I'm mostly focused on getting the Skaven BB team painted up at the moment, and then on to something else (possibly another BB team, although there are a lot of other things that are crying out for my attention!).