Pact to the Future: Mutants!

I hope my limited fanbase are all keeping well in these strange times.

I've been occasionally cracking on with a little painting, working on my Chaos Renegades again. Just a few more bits to do for them now, so I thought I'd just concentrate on getting them finished (which they still aren't, obviously).

Part of the attraction for this team is that most of the players can take mutations on a normal skill roll/primary skill. As a result, I needed a few mutated versions of my standard players. I had to rein it in a bit with these in fact, because there are SO many possibilities. However, players take so damn long to skill up on this team, chances are that I'm actually only going to have a handful of mutations at any time. I suppose I can always go back and add more, but chances are that I won't (ok I might, got some alternative Skaven mutations in mind). 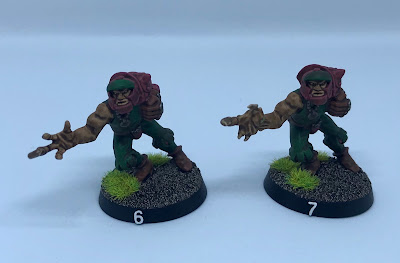 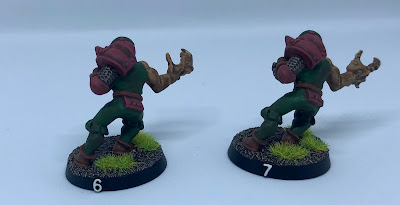 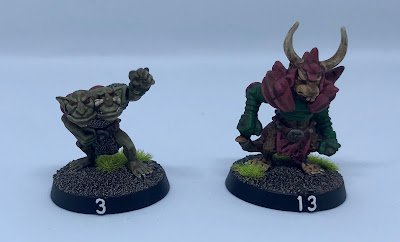 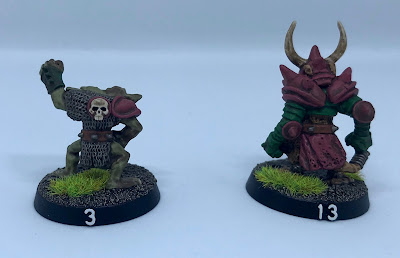 In the new rules (BB2020), Chaos Renegades have the option of taking a (frankly rubbish) Thrower now. Obviously this meant I needed a new mini. I don't usually like minis holding a ball, but I wanted one that very clearly said "Thrower", as I didn't want to colour-code the bases for this team. I went with a 3rd edition Thrower, with a bit of conversion work to make him fit in with the 2nd edition minis I'm using for the rest of the team. This poor chap actually had no hands when I got him, so I transplanted some replacements from a Skaven Thrower and a Human Catcher. I also did a little sculpting to get that 2nd edition vibe. He'll be getting a bit of paint soon. 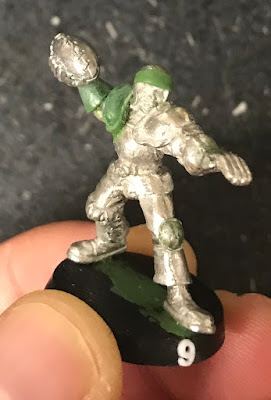 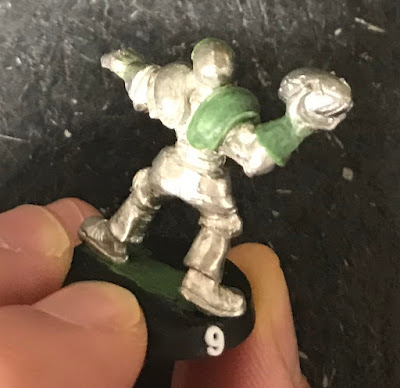 All that's left to do for this team is a couple Journeymen and a few Star Players (who may or may not make it into BB2020; that remains to be seen).

Comments welcome as ever!