I've started work on my Heralds of Tzeentch (partly to put off painting the 'grinders a little longer...). Just started blocking in the colours so I can get an idea of what they'll look like. One is mostly pink (to go with the pink Screamers) and one is mostly blue (to go with the blue Screamers).

These two are amongst my favourite GW models of all time (as are any of the Realm of Chaos era champions tbh). The quality of casting isn't quite as crisp as a modern sculpt, but they're still covered with detail and oozing character. 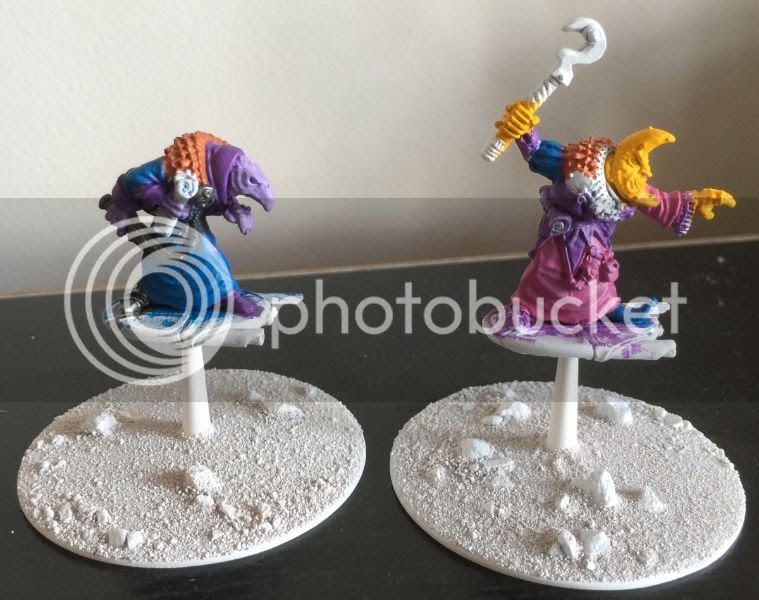 I'm hoping to get some more work done on them tonight, so look for an update soon!
Posted by Ross at 02:45