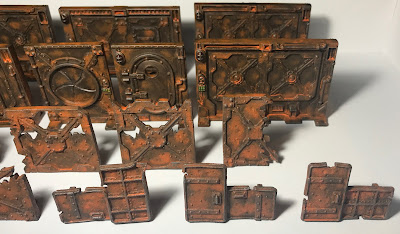 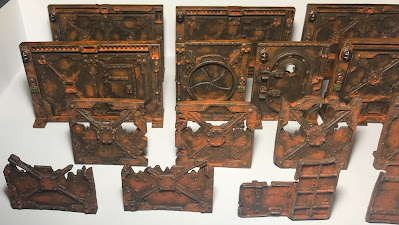 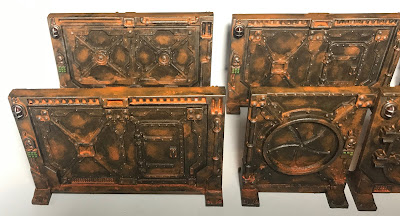 Nothing fancy here, just lots of washing and stippling, but overall I think they turned out quite well. I'm actually quite keen to paint up some more Necromunda stuff, and I'm on the lookout for some decent walls that won't break the bank. Necromunda from the late 90s has a very special place in my heart (along with Blood Bowl from the same time), and it's nice to see a revival of both of them. I've got a Chaos Cult gang that I've been meaning to paint up for literally years now, so perhaps I'll get to that soonish... I've got a few odd accessories left to paint up, and then that'll be the whole box contents done (minus the gangs, which I no longer own).
Till next time.
Posted by Ross at 06:17