Those of you have been following the 40k 7th edition rumours and subsequent release will know that the psychic phase is now a rather big deal. Horrors are going to play a pretty important role in helping daemon armies dominate in the psychic phase, so it's a good thing I have around a bajillion of them...

I don't have a bajillion to show you however. What I do have is the first six from my second squad (of probably four). These guys are from the second generation of Pink Horrors. Not my favourite, and a bit of a chore to paint, but they do have the crazy, joyful features of the early versions, so I guess they aren't all bad.

There are another five to follow these chaps but for now, enjoy: 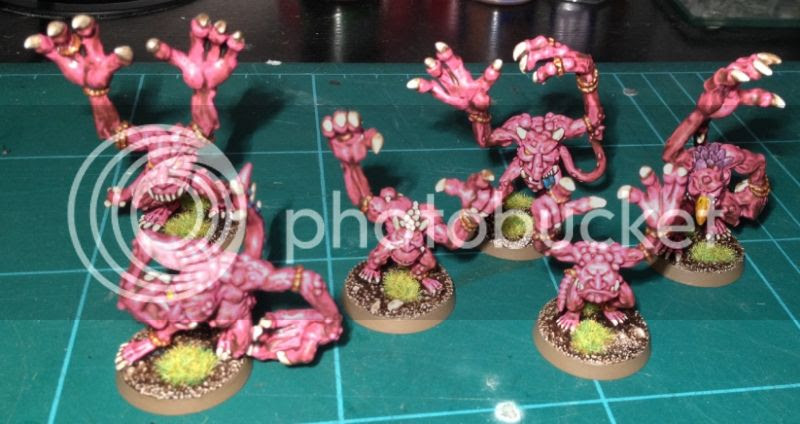