Managed to squeeze in a few hours painting last night and get some work done on my chaos bastion. So much work has gone into this so far, and it's still miles away from being finished :S

I decided on a dark red and silver colour scheme, with gold detailing, as a reference to the coolest Chaos Legion (oh yeh, that's Word Bearers, hands down). This will be the scheme of my CSM when I final get round to it, so I thought I'd get some practice in now. Plus, if anyone is going to be hanging out with a bunch of gribbly daemons, it's the Word Bearers. In the meantime, I'll also be using it to hide Fateweaver behind, so he doesn't get hammered by first turn Eldar shooting... So I wanted to keep in fairly generic and "undivided". 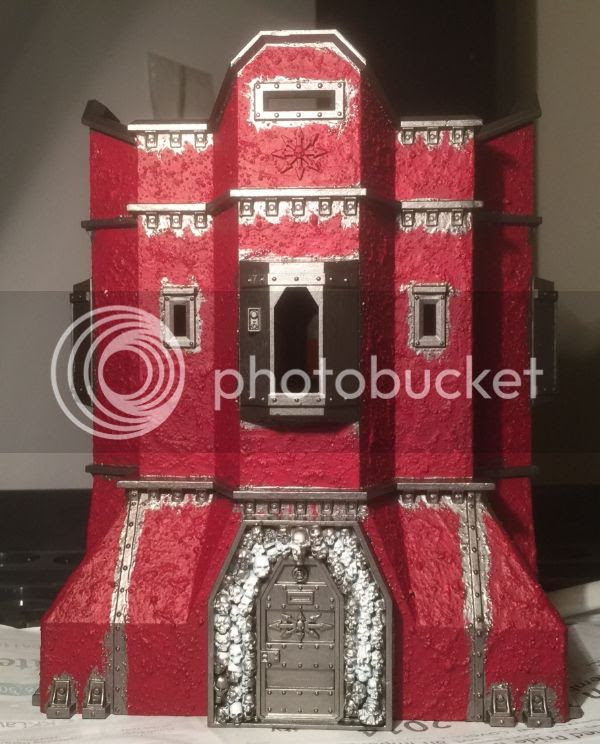 Not much to see just yet. I've been getting the basic colours on, then going on to do the detailing and tidying up later on. You can also see that I've finished putting all those damn skulls around the doorway.

Comments welcome!
Posted by Ross at 05:15