This has actually been a pretty good year for me hobby-wise. I've painted exactly 80 models (of various shapes and sizes), which is damn good going by my standards. 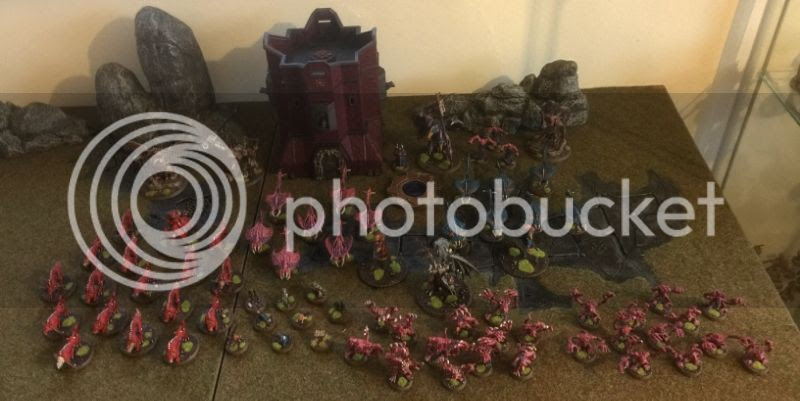 Not the best picture I know, but I think you get the idea. Everything you see there, bar the boards, was painted this year. To give you a run down, that is:


Phew, not bad! I'm pleased with my progress so far, but there is so much to do in the next year :S