Blood Bowl at the club

Ok so not really much of a post, but I'm trying to get back into the habit and whatnot. I actually haven't painted anything new in a little while, mostly because my limited free time has been filled with obsessively trying to complete the new Tomb Raider game, and also actually playing the odd game or two of toy soldiers!

To make the latter a bit more likely, I've joined up to a little Blood Bowl league at my local club. Blood Bowl was one of the games that got me into gaming in a big way in my formative years (Necromunda was probably the other, with a smidge of Warhammer Quest on the side), and it still holds a special place in my heart. The new edition is great, and it's good to be playing it again.

Here's an action shot from my game last week, against some nicely painted (new) Skaven. The boys didn't let me down, and we walked away with a 2-0 victory, and no injuries. 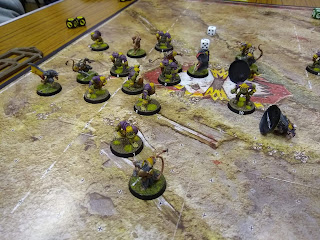 In case you missed seeing my team the first time round, here they are again: 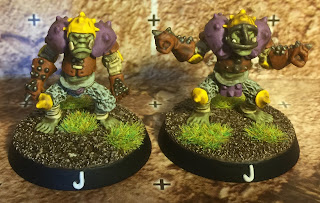 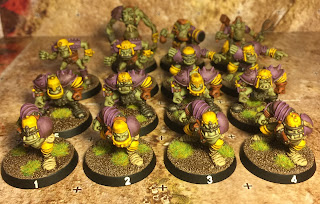 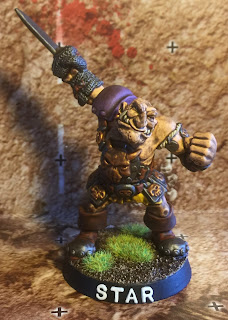 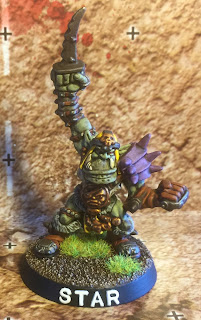 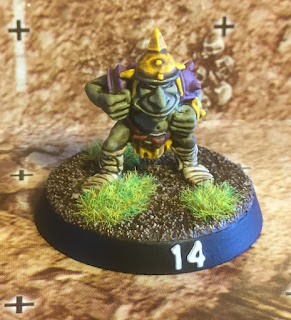 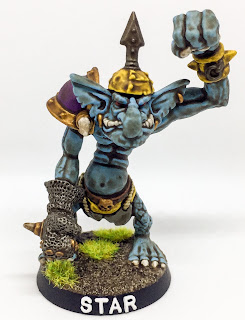 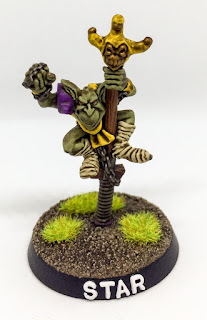 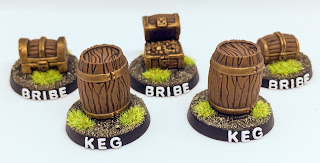 I'm down for another game tonight, so I'll snap a few more pics if I can. Till next time!
Posted by Ross at 02:39