Well once again it’s been a while since I posted, but such is life. This blog doesn't seem to get a lot of interest these days, but of course that might change if I actually, y’know, posted stuff.

Anyway this is sort of a “what I've painted recently/year in review/what I'm working on” kind of post. So a little bit of everything really, but it’s better than not posting anything at all.

Well first up, I have actually painted some models recently. Only four of them mind you, but they’re painted and that’s something. You may remember that I have a 2nd edition Orc team for Blood Bowl. I've been using them quite a bit this year (pretty much all I've been playing). While they look awesome, the old Blocker models are a bit too small to represent S4 Black Orcs, and it gets a bit confusing for my opponent sometimes. With that in mind, I painted up four of the much larger 3rd edition models to make things a bit clearer. I also took the opportunity to give them darker skin, as befits a Black Orc. I have a bit of a love/hate relationship with 3rd edition models, but the Orcs are definitely among the better ones. 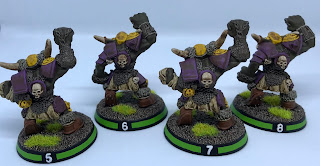 As for a year in review, this bit shouldn’t take very long… it’s been a pretty shitty year this year, both in terms of hobby output, and also life in general. I won’t go into the details, but let’s just say I'm glad to see the back of 2019.

In terms of what else I actually painted, see below: 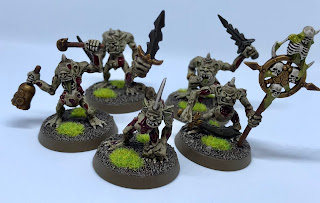 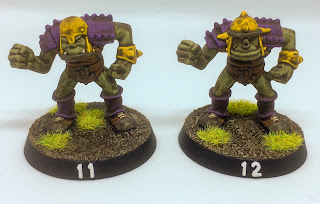 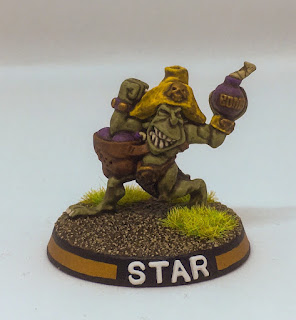 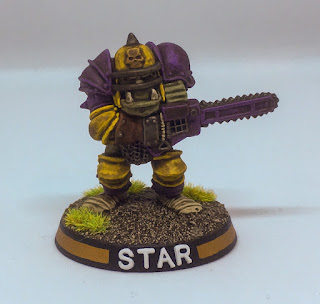 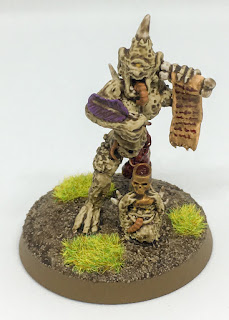 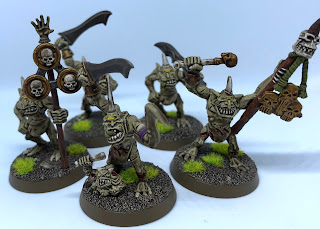 Including the two extra balls I painted for Blood Bowl (not pictured: my balls), that totals a pretty pitiful 21 models. Oh well, it is what it is. That said, I have been attending a new club semi-regularly, and I've still been occasionally gaming with my good buddy Alex, so it’s not been a total fail. I had really wanted to go to BOYL too, but life very much got in the way of that.

Comparing my achievements to my goals at the start of the year… well there isn’t much comparison really, but that’s to be expected.
Nope. I didn’t even get a single one of these painted, although I did re-appropriate some of them as markers for my Chaos Renegades Blood Bowl team, so they should see paint in 2020.
Not really. I painted 10 Plaguebearers to use for summoning, but never got any further than that. Could be one for 2020.
I assembled a few bits for this, but it never really took off because the rules release was such a mess and I was kinda put off altogether.
Nothing on this at all.
I played a bit of Frostgrave, and picked up a few books that I wanted, but no real progress made.
This one actually was kind of a success. I didn’t play nearly as much as I would have liked, but I did play a decent amount of games, considering everything else that went on. I'm back to Blood Bowl straight away in 2020 too, so I'm happy about that.

My 2020 resolutions are gonna be pretty simple really: paint two Blood Bowl teams, and paint the rest of my Nurgle stuff. It’s all stuff I've had sitting around for two long and I just want to get it done now. Plus I'm playing a lot more Blood Bowl, and I don’t want to do that with unpainted models! I'm also interested in playing a little bit of Kill Team this year, so something will have to happen there. Ok so:
Seems fairly simple and achievable, but we shall see… anyway, in terms of what I'm working on atm, check out this cool Skaven team I'm putting together: 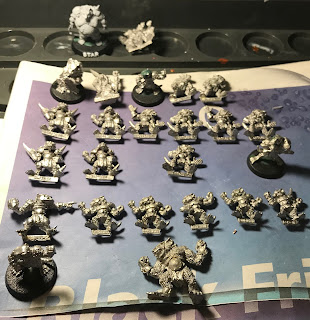 There will be about 14 normal players, plus a couple stars, coaching staff, and mutations. They're the classic Jes Goodwin Skaven so they should look pretty cool.