As usual, it's been a while since I posted. Motivation is still fairly low (as I'm sure it is for most people at the moment), and I don't seem to get much traffic here these days in any case. I'm still continuing with the blog for the meantime anyway, as it's helpful for me to look back on it and see what I've done and how I felt about it at the time. I seem to start every post with a moan these days, but such is life at the moment!

Having said all that, I have at least been moderately productive recently. I said I was thinking of getting another Ravaged Land set to expand on the one of just finished, and that's exactly what I did. Thought it was best to ride the terrain train for a while longer whilst I was still inspired to do it!

I actually picked up a couple more terrain sets in the end. The first one was a little box of Timeworn Ruins to fill out what I already had from the Defiled Ruins set, but I enjoyed them so much that I also picked up a Shattered Stormvault to go along with it.

I smashed out the Timeworn Ruins in no time at all, in the same very basic colour scheme as before: 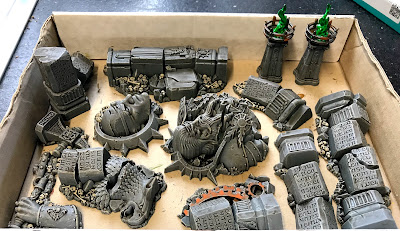 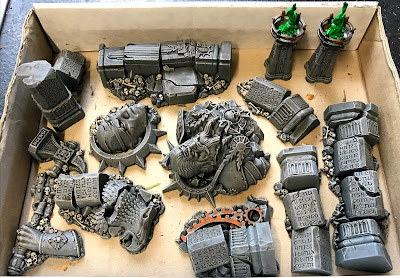 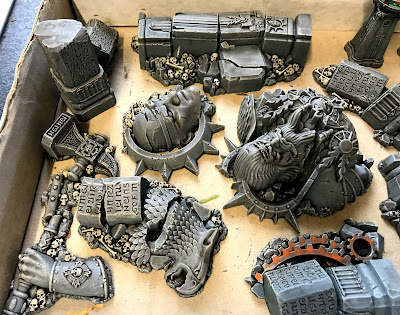 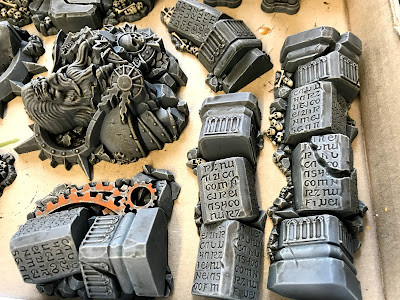 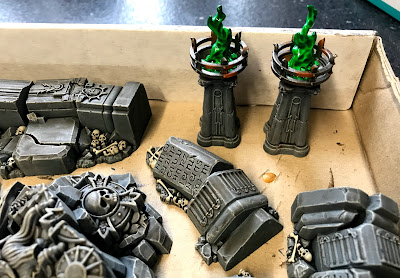 The Shattered Stormvault is taking a bit longer to do, but essentially following the same pattern as before as well. I kept the pillars and plinths separate, and kept the whole lot as modular as possible so that it would a) be easier to store and transport, and b) be able to match the Warcry cards. I actually magnetised the pillars and plinths so that they wouldn't instantly topple over if they were bumped into even gently.

Here are a few random WIP pics of the Stormvault set: 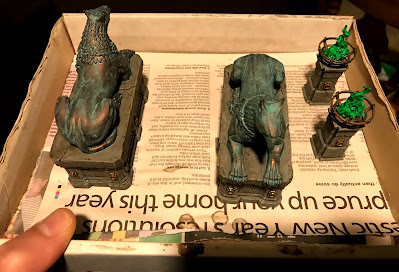 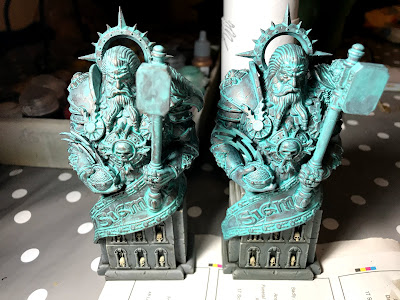 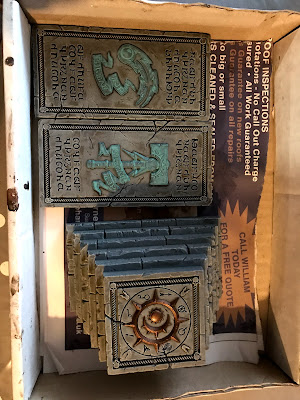 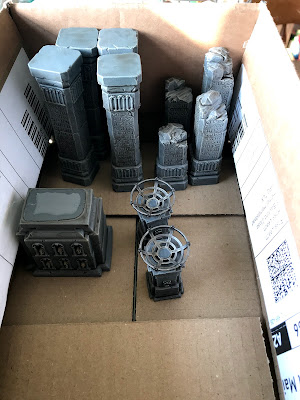 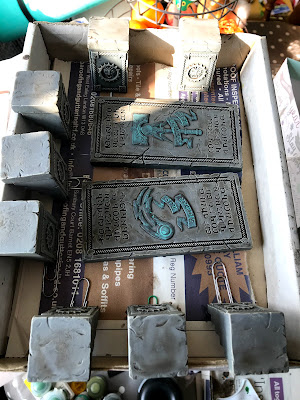 That's all for now really. I'll take a few pics of everything together when it's complete. I might need to get some trees or something to make a more interesting battlefield for AoS, but this will be plenty good enough for now. The plan is to go back over all of my terrain and do some more weathering at some stage, but there are far too many actual minis to paint in the meantime!