In an effort to kick off the new year with a bang, I picked up the brushes pretty much straight away and cracked on with it. My good buddy Alex had bought me a Nurgle BB team for my birthday last year, and that one went right to the top of the projects list.

I intended to paint them up as quickly as possible, but still make a decent job of it, which hopefully I achieved. I used Contrast paints as per usual, and did a zenithal prime on these guys because that's the fancy thing to do these days. I'm reasonably pleased with how they turned out, especially given the amount of time spent. In fact I think I spent more time building them than I did painting them.

I also added a Head Coach mini made from a slightly converted Blightking, and a Rotspawn made from one of the Nightmare Hulks from the KT Rogue Trader box from a few years ago. 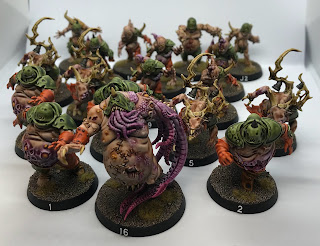 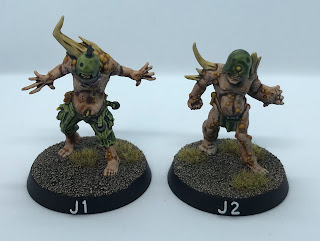 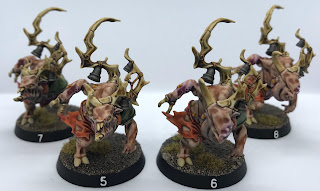 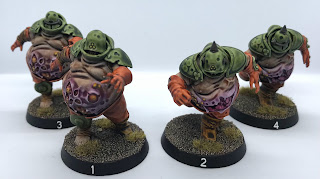 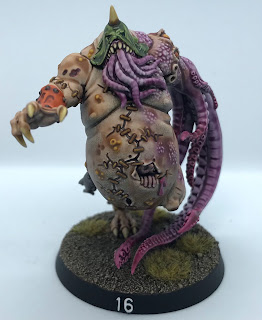 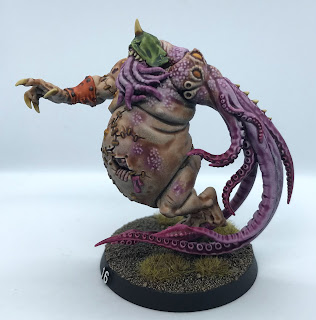 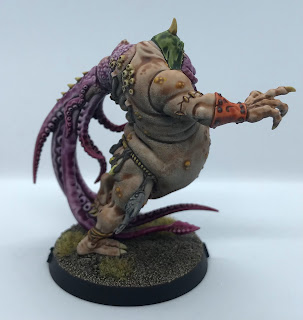 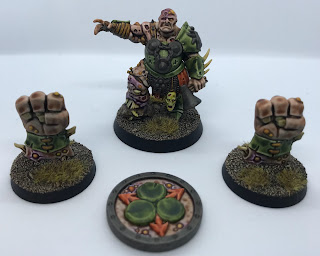