He who makes a beast of himself...

This post will be a lot quicker than it probably should be, as it represents a bit of a milestone in terms of painting output. I have just finished my 100th model of the year! He's quite a beast too...

You may recall that at the start of the year I made the resolution to paint at least 100 models before the year was out. Well it's only part way through September and I've already achieved that goal! Pretty pleased with myself right now, I must say. I'll list out everything that I've painted so far at the end of this post. Before that though, I should probably show off one of the rarest models in my collection: Space Minotaur, Knossos. 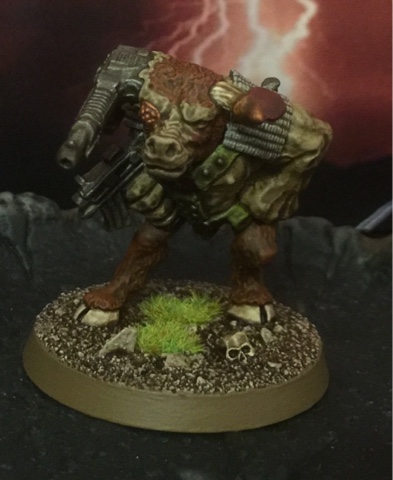 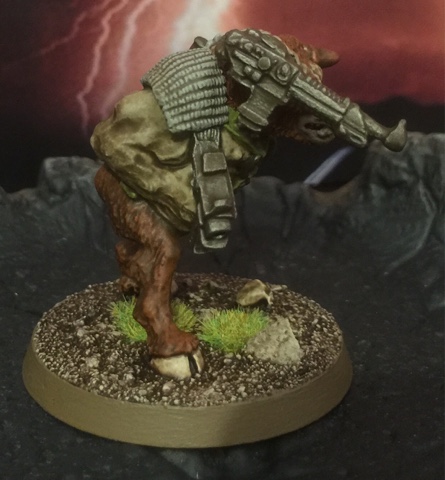 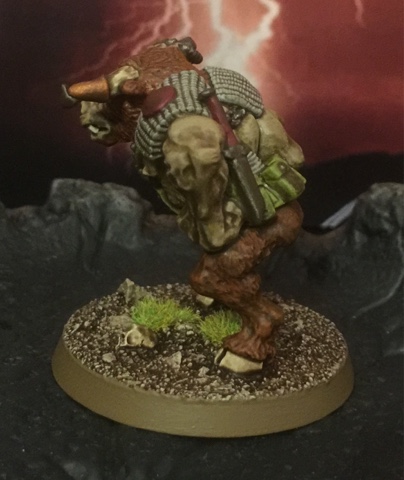 Though not the sharpest tool in the box, Knossos has the brute strength to solve a great many problems. Part of Emeric's abhuman mercenaries, he can always be found where the fighting is thickest. Usually he'll be pointed in that direction by someone else, just so he doesn't end up wandering off when he sees bright colours. Knossos and his brethren aren't  exactly the sort of creatures employed by most Inquisitors, but their sheer savagery and low upkeep suits Emeric perfectly.

Knossos has quickly become one of my favourite models in my entire collection. Partly due to his rarity, and partly due to the ridiculousness of a Minotaur, IN SPACE. I gather that the two space Minotaur models (yup, the other one will be joining the gang soon) were released for a very short time through mail order, back in the late 80s, and are pretty hard to get hold of these days.

Now I mentioned that I've painted 100 models this year... They are:

Phew! Hope that list makes sense; it was just copied from the list on my phone. Pics of everything are all over the blog though!

I need to go now, to wolf down some dinner and prepare Emeric's crew for some investigation work in the lower levels of the hive. Rumours of some potent archaeotech hidden in an abandoned facility have been whispered. Unfortunately those rumours have also reached the ear of Rogue Trader Arturo Lamina, so recovering the tech might not be as straightforward as originally expected...